The Accordionist and other works

"Titles for exhibitions can be problematic, as can titles for pictures, especially non-representational works, but in the case of these recent constructions and pastels I had a title in advance of their making.

At the Sainsbury Centre, Norwich there is a small sculpture from 1918 by Ossip Zadkine called The Accordion Player. It stands unprotected on its plinth with no annoying glass cover to cause reflections and is one of the works that I looked at closely over the last few years as I wrote the letters and made the booklets for John Berger that became my half of our latest book Lapwing & Fox. John, who knew Zadkine well, describes the sculpted accordion that the figure is holding as being ’like an armful of books’ and it is the bellows of the instrument and the movement and shapes they form while being played that feature most obviously in the new pieces of work I made on this theme.

For the last few years I’ve been preoccupied with producing images, mostly in pastel on paper, using patterns and planes of colour that have been altered to disrupt or trick the eye’s flow over the picture surface. In the case of the wooden constructions, which are generally my starting point, these are often physically cut up and reassembled several times until the final image is settled upon.This idea derives from the ‘dazzle’ camouflage patterns employed in WW1 to visually disguise or confuse the shape and identity of ships at sea.

Other recent works shown here have architectural themes as in the pieces based on the floor plans and isometric drawings of Mondrian’s Paris studio at 26 rue du Départ, the Windows series of geometric designs for stained glass and the GRILL variations which use both pastel and rust on paper.

On Friday 4th November we are planning a closing event for the exhibition with drinks and an informal discussion between painter Martin Battye and myself about the work on show and the genesis and making of the new correspondence book Lapwing & Fox."

Please email the gallery if you wish to come to the book signing and discussion on 4th November. 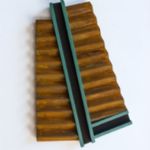 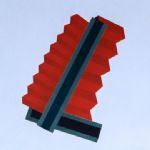 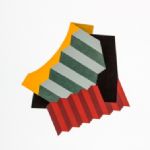 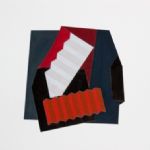 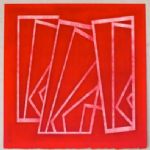 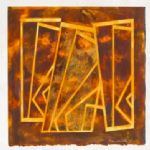 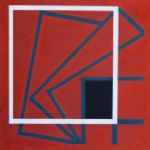 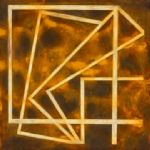 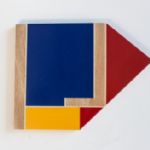 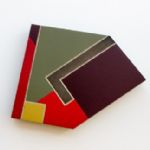 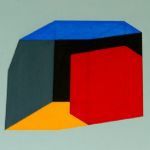 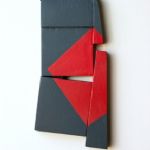 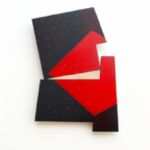 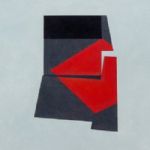 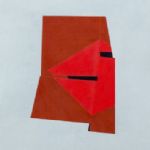 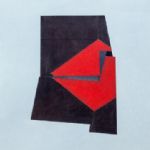 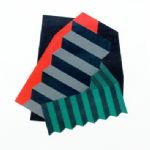 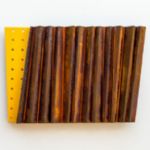